Jared Richter joined the South Dakota Army National Guard in January of 1995 in the 153rd Engr BN in Huron, SD. He graduated from Wessington Springs High School in 1996 and wrestled at Augustana College from 1996-1998 upon transferring to South Dakota State University in 1998. In September 2001, Jared was hired into the South Dakota R&R BN and Served as a Recruiting and Retention NCO for 12 years in Mitchell, SD. In October of 2013, he accepted a promotion and served as the Team Leader for the West Recruiting Team. October 2015, Jared was selected as the Expert 7 for RAC VI distinguishing himself as one of the top Team Leaders in the Nation. Jared received a lateral appoint to the R&R BN 1SG position and served as the RSP 1SG in January 2017. In October of 2018, he then lateralled to the R&R BN HQ’s to serve as the Operations NCOIC for R&R BN Ops, Master Trainer and IADT Coordinator. Jared completed the United States Sergeant Majors Academy in 2020. Jared dedicated over 26 years in the South Dakota Army National Guard with over 19 years as an Active Guard member in the South Dakota Recruiting and Retention BN upon retirement.

Jared has been married to Leah Richter for 20 years, and they have two sons, Caleb-16 and Shea-13. Jared has also been a wrestling coach since 2002 at Dakota Wesleyan University, Mitchell HS, and Rapid City Stevens HS, Mitchell Youth Wrestling and Rapid City Westside Wrestling Club. Upon retirement from the South Dakota Army National Guard 1SG Richter became a Real Estate Agent with Dupont Real Estate. He enjoys golfing, hunting, fishing, camping, and riding his motorcycle in his spare time.

Jared is a true real estate professional. He is very personable and awesome to deal with... if you are looking for honest, straightforward representation, look no further!
Mark Maeyaert 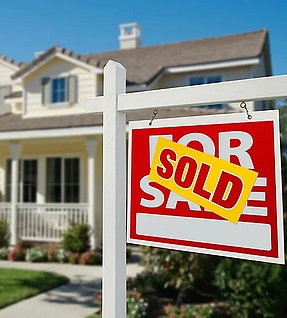